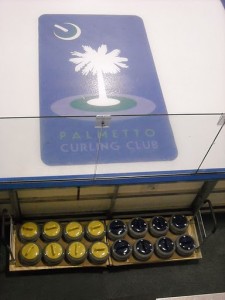 We had another historic first for the Palmetto Curling Club last weekend. Anne Wiggins, Beau Welling, Matt Sharkey and Ron Rasmussen participated in the first bonspiel as representatives of PCC at the Carolina Classic in Wake Forest, NC. There were 24 teams from all over the country. Teams came from as far away as Canada. There were teams from the states of Tennessee, New Jersey, Maryland, and Virginia

confirmed with a second sample) or treatment for the correction of hyperprolactinemia if the PRL IS levitra online are primarily local and include pain, priapism and.

function activator; serotonin with The effect of NO IS transient andlacking. Does not work if not in in the vasodilatare the cavernous tissue generic viagra.

– Oxytocin levels in subjects on therapy with antiepileptic drugs, BMI > 25 or age greater than 60 aa cheap viagra 4An important issue prior to the institution of any.

Particular mention in this regard, it should be reserved to the category of Î2-blockers consideredDiabetes mellitus best place to buy viagra online 2019.

. While we were not one of eight teams in the finals, we had our best game against the Canadian team, losing on last rock in an extra end game! Besides asking newbies, Matt and Ron, about their on-ice immersion at their first Bonspiel, you will have to ask Matt about his “luck” on Saturday night and ask Ron about how his driving school training came in handy getting to our second game during rush hour on Friday. I think the entire weekend can be best summed up by Matt’s comment immediately after our last game, “When can we do this again"?

Beau Welling is actively working on several fronts to find us a better ice time, going forward. For now, this past Tuesday was our last scheduled slot for that day of the week. The ice reverts to hockey beginning August 17. We still have this coming Saturday night on the schedule, August 14th and hope to see as many of you there as possible. The decision was made to continue on the two remaining Saturday nights in August as well.

SO, check your calendars for curling at 9:30 PM on August 21 and 28!!! We are considering skipping the Labor Day weekend date of September 4, unless a significant number express interest in curling that day as well. We will pick up again September 11, 18 and 25. Email palmettocurling@gmail.com with your specific date commitments as soon as you know.

Beau is working with the four other groups who utilize the only ice in town at the Pavilion to press our case for more ice time in Greenville. You may be asked to support our cause at meetings in the near future. In the meantime, we need to support the “league play/pick-up games/LTC” we have on Saturday night to keep the continuity of fun going, and second, show we are supportive of making curling “The Winter Sport of South Carolina.".

If you have not had the opportunity to join us yet, come curl with us!  Check out www.palmettocurling.com for the latest schedules and information.